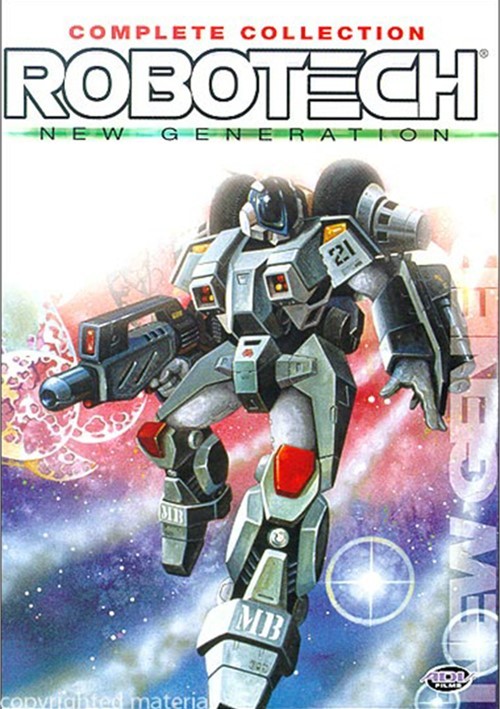 All 25 episodes of the anime classic's third act in one complete package!

The final act of the original Robotech series begins as an advance rescue mission mounted by the "Mars Base" Division of the Robotech Expeditionary F-rces is wiped out by the Invid- a powerful enemy and mysterious alien race.

Scott Bernard, one of the few survivors of the battle, leads a band of colorful freedom fighters in a campaign to seek out and destroy Reflex Point, the Invid Stronghold. Along the way Scott and the others are f-rced to look inside themselves to discover the hidden strength and the determination to do carry on in the face of overwhelming odds. Throughout this final chapter, many of the mysteries of the Protoculture are revealed, including the role the Invid play in this complex, dramatic intergalactic saga. Well defined characters, superb animation and a rousing science fiction story all combine to make Robotech: The New Generation an entertaining, original and essential part of the Robotech phenomenon.