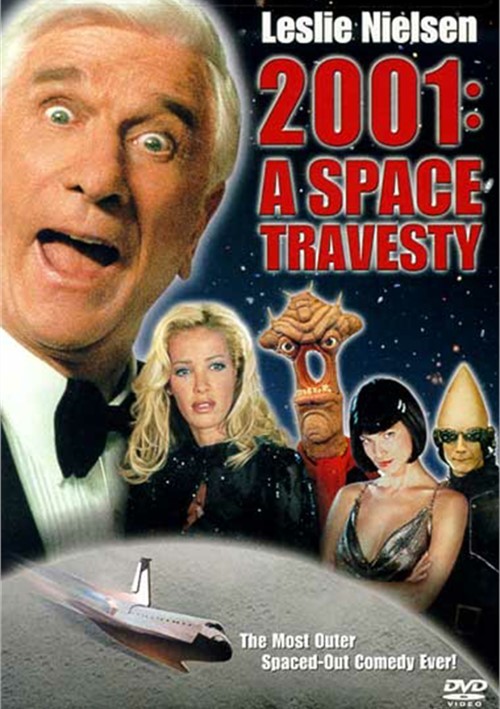 The Most Outer Spaced-Out Comedy Ever!

First there was Airplane! then came The Naked Gun series. This time Leslie Nielsen is even more far out than ever in 2001: A Space Travesty, a hilarious comedy that dares to spoof where no one's spoofed before: on another planet.

When the president of the United States is kidnapped by aliens and replaced with a clone, the police call on Marshal "Dick" Dix of the International Security F-rce to help rescue him - and quickly, before they clone the rest of the world's leaders.

With the fate of the world in his clumsy hands, Dix heads to the planet Vegan, a very strange place run by an evil doctor and inhabited by aliens who, having learned to speak English from watching television, all talk like different Hollywood movie stars. After engaging in some freaky lunar socializing, Dix joins f-rces with sexy officer Cassandre Menage and master of disguise Captain di Pasquale to rescue the saxophone playing president. They return to Washington D.C., and accomplish their mission of replacing the cloned president with the real president. Or do they?