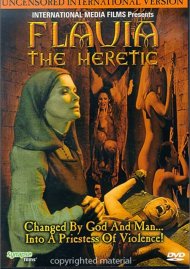 Wanna see something really weird? A film that defies description... a DVD Cult Classic that must be seen to be believed!!!

And madness it is! This cult classic from Jean Rollin is an insane mix of humor and sex. Beautiful nude women, tons of on-screen lovin' and even French maids beating the snot out of each other. What's not to like here? The US version of this film was cut by almost 30 minutes (!!!) and Synapse Films presents the longer French version on this DVD.

Bacchanales Sexuelles- it's exactly what you think it isn't!