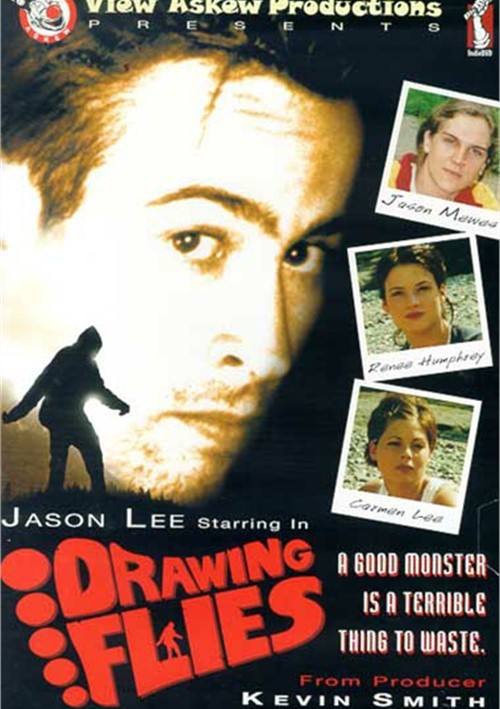 A good monster is a terrible thing to waste.

Five twenty-something slackers are living the good life. All play and no work suits these kids just as fine as they live comfortably off of their government welfare checks. But when their lives are turned upside down after the system cuts them off from their "easy money", it's out of the city and off to the country as they embark on a camping trip deep in the wilderness. As they head further into the woods, their fearless leader Donner (Lee) heads further from sanity, when what was thought to be a camping trip is actually a fatuous search for the legendary "Bigfoot" monster! Now they are lost, scared, at odds with one another as they soon realize that if the woods don't kill them, they just might do it to themselves.

Known to many as the "lost View Askew film," Drawing Flies is the brainchild of Producer, Writer, Directors Matthew Gissing and Malcolm Ingram (Tail Lights Fade) from Executive Producers Scott Mosier an Kevin Smith (Dogma, Jay and Silent Bob Strike Back) and features cameo appearances from some of your favorite View Askew regulars.