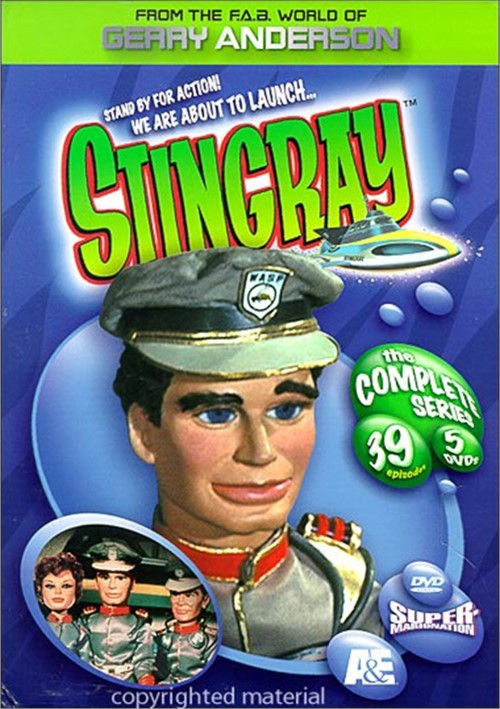 Stand by for action! We are about to launch... Stingray!

The year is 2065. Man has conquered the galaxy. On land, earth is at peace, united by a global democracy. But a deadly struggle rages beneath the oceans.

Welcome to Stingray, the pioneering Supermarionation adventure series from producer Gerry Anderson (Space 1999, Thunderbirds). From their secret headquarters at Marineville, the members of the World Aquanaut Security Patrol (WASP) battle the Aquaphibians, a race of grotesque undersea warriors commanded by the evil Titan, who is determined to exterminate the surface dwellers. Leading the fight is Troy Tempest, the young captain of Stingray, a high tech, atomic powered super sub.

With Anderson's trademark special effects, fast paced plots, and more emotional sophistication than its predecessors, Stingray won fans among kids and grown ups alike, paving the way for the breakout success of Thunderbirds.

"Stingray" SeriesView All 1 Titles in the Series >

Reviews for "Stingray: The Complete Series"