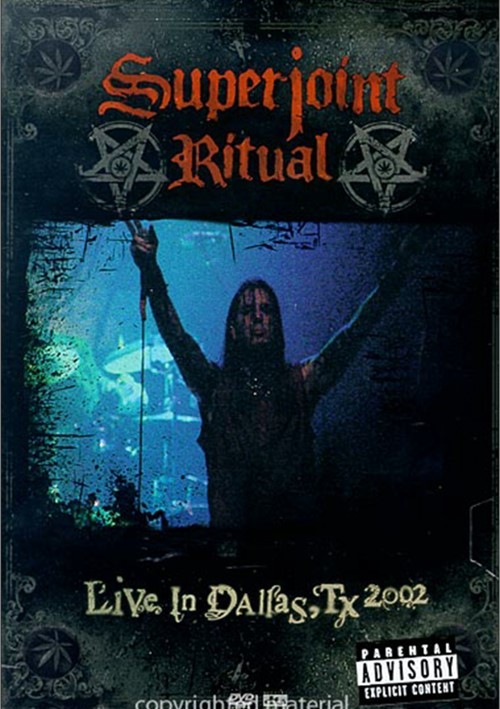 After the release of their debut album Use Once and Destroy, Superjoint Ritual embarked on a tour across the U.S. which proved that Heavy Metal/Hardcore is alive and well in the underground.

On June 28, 2002, the SJR tour descended on Deep Ellium Live in Dallas, Tx. One night only. It was hot as hell, but the cameras rolled, and as you will see the intensity, brutality, and fury that is Superjoint was unloaded. If you didn't make the shows, this video is as close as you will get. Featuring behind the scenes footage and rare interviews with the band, photo gallery, the full concert with DTS and 5.1 surround sound and 2 bonus videos. This video is LIVE. No tricks no bull. There are no smoke and mirrors behind this act. Just pure, raw energy. So load it up and enjoy.