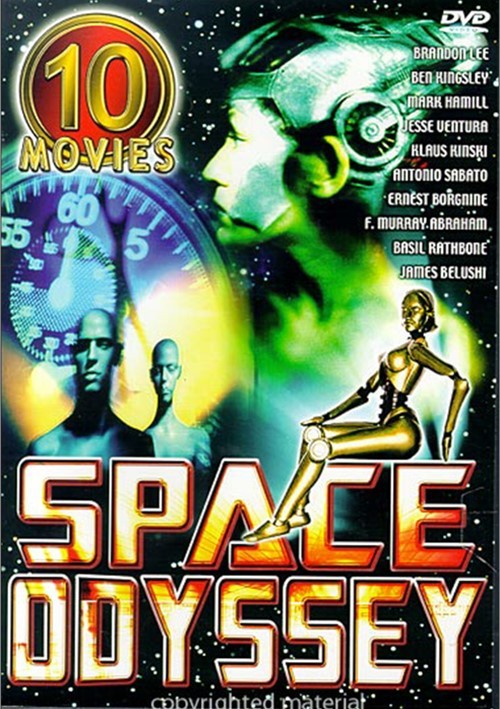 Slipstream- Mark Hamill, Ben Kingsley, and F. Murray Abraham fuel this dystrophic tale of a future world where nature runs rampant, and the death-defying manhunt for a bounty hunter must make in search of his quarry!

Creature- Following the disappearance of the first mission to Saturn's moon, Titan, a second U.S. ship shows up to see what happened and retrieve alien research... but shortly after arrival people start dying! In addition to encountering a nasty creature, they come upon Hans Rudy Hofner (Klaus Kinski- Nosferatu), the sole survivor of an earlier West German expedition.

Alien Species- Huge mother ships from an alien species sneak ominously into orbit around Earth. Lethal, bat-winged fighters descend on the planet. Citizens are abducted. Homes are destroyed. The invasion has begun! A small town sheriff, two deputies and a professor discover the alien plan. With the secret to destroy the attacking space ships, there's a chance they can stop the alien invasion... once and for all!

Eyes Behind the Stars- A photographer and his model are on a photo shoot in a forest when they get the feeling that they are being watched. The feeling becomes so strong that they decide to cut their session short and leave. Later, when they develop the photos they took, they discover what looks like alien creatures in the background...

Cosmos: War of the Planets- A spaceship investigates an out of control planet and discovers a computer that controls an underground civilization.

Voyage to a Prehistoric Planet- In the year 2020, cosmonaut Marcia (Faith Domergue) orbits the planet Venus while two astronauts and a robot journey across the surface. Professor Hartman (Basil Rathbone) is also on hand to observe the exploration from a distance. The explorers are attacked by prehistoric beasts, and then nearly lose their robot (and their lives) in a volcanic eruption that engulfs the planet.

They Came From Beyond Space- Aliens crash land on the moon; they then try to use scientists from Earth as slaves to help fix their ship. But, one of the scientists, Curt Temple, is immune to the aliens' influence thanks to a steel plate in his head from an auto accident.

War of the Robots- An alien civilization, facing imminent extinction, kidnaps two famous genetic scientists from Earth. A troop of soldiers is dispatched to combat the humanoid robots and rescue the victims!