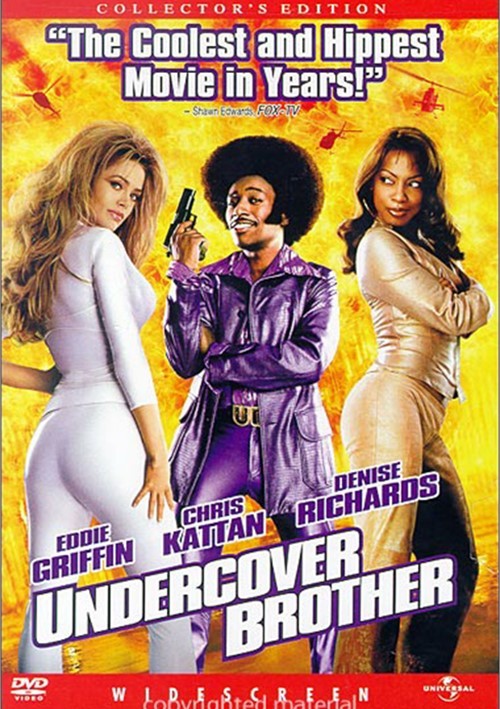 Strap yourself in for "Great Fun!" (Newsday) in the outrageously hilarious, wildly over the top comedy spectacular The Washington Post applauds as "A very funny spoof!"

He's badder than Bond. He's cooler than any international man of.... secrets. He's Undercover Brother, a globe trotting, funkadelic dude of intrigue with more cool spy gadgets up his sleeve than you can shake a rocket-launching cigar at. Now, this Kung Fu fighting, Caddy-convertible-driving-super-secret agent is swinging into action against a deliciously twisted plot to brainwash all of humanity! Rocking to a solid gold soundtrack, Undercover Brother is the funk fuelled comedy free-for-all Newsday raves is "Infectiously funny!"