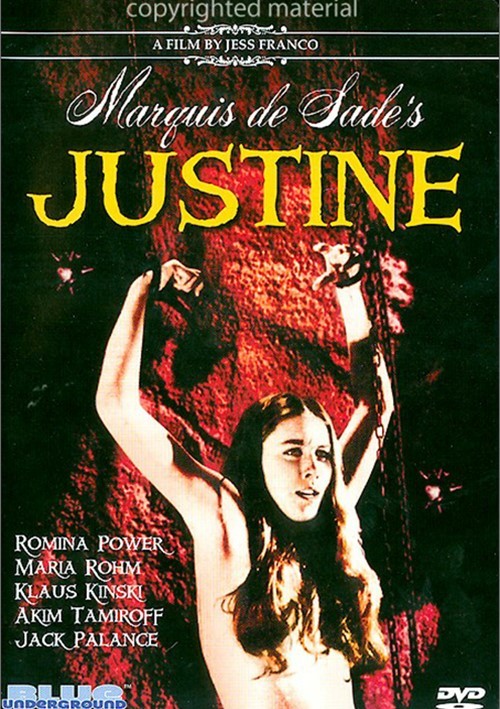 A Film By Jess Franco

Romina Power (18-year-old daughter of Tyrone Power) stars as Justine, a nubile young virgin cast out of a French orphanage and thrust into a depraved world of prostitution, predatory lesbians, a fugitive murderess (Mercedes McCambridge), bondage, branding, and one supremely sadistic monk (an outrageous performance by jack Palance). It's a twisted tale of strange desires, perverse pleasures and the ultimate corruption of innocence as told by the Marquis de Sade.