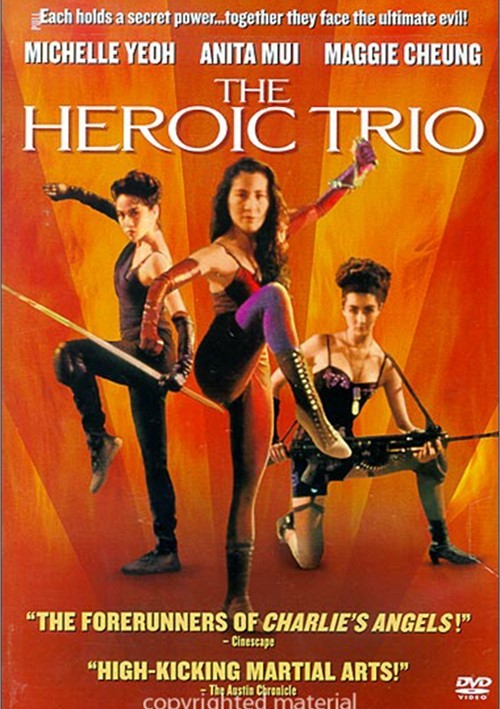 Each holds a secret power together they face the ultimate evil!

Michelle Yeoh (Crouching Tiger, Hidden Dragon; Tomorrow Never Dies), Anita Mui (Jet Li's The Enf-rcer, Rumble In the Bronx) and Maggie Cheung (Supercop) form an unstoppable combination as three powerful martial arts experts-each with her own secret superhero identity-who band together to battle the ultimate evil! Their foe is a demented but powerful wizard who believes that if he kidnaps all the babies in China he can build a demonic ruling class and eventually dominate the world. With everything on the line, it's up to the Heroic Trio-Shadow Fox, Mercy and Invisible Woman-to rise up and stop him!

A big-screen adventure that's like Charlie's Angels meets The Terminator-you're sure to love all the hard-hitting fun in this action-packed martial arts fantasy!

Reviews for "Heroic Trio, The"