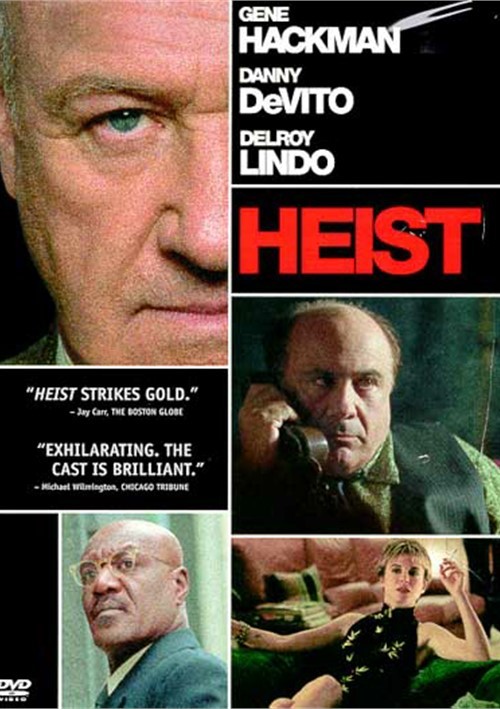 Getting the goods? Easy. Getting away after the robbery? Veteran thief Joe Moore knows that's always the hard part. But he soon discovers that getting away from a life of crime is the hardest escape of all.

Gene Hackman plays cool-fire Joe, Delroy Lindo portrays his longtime sidekick and Danny DeVito plays the manipulative fence who saddles Joe with one last, difficult job in this ensemble-driven caper centered on an elaborate, split-second snatching of gold ingots by Joe and his crew. Writer/director David Mamet prowls the unsentimental avenues of film noir in a story rife with double-cross, triple-cross and trademark Mamet dialogue. For edgy, synapse-searing entertainment, go where the money is: Heist.