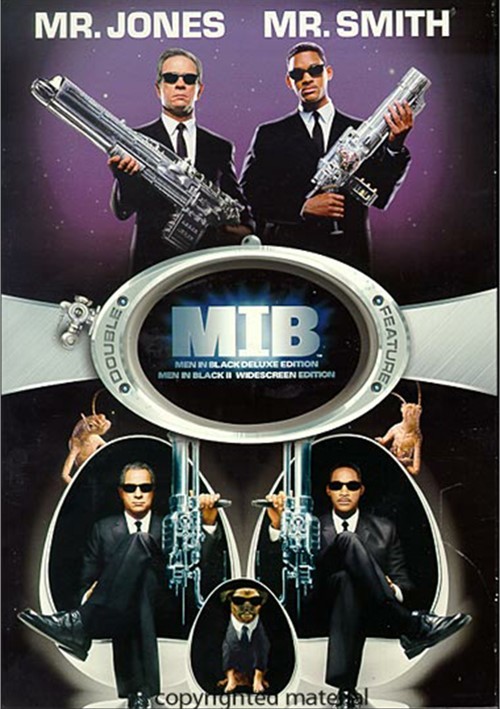 To the Men in Black: New York City is being threatened by a villainous bug who has inhabited the body of a farmer. Your mission is to locate and exterminate this bug before it destroys our planet. We have a cache of weapons for you to arm yourselves with, including the Carbonizer, Series 4 De-Atomizer and the Noisy Cricket. Make sure you also bring your Neuralyzers. You may also find Dr. Laurel Weaver and an alien arms dealer useful in carrying out your task. Good luck!

Tommy Lee Jones and Will Smith are back in black as the scum-fighting super-agents Kay and Jay - regulators of all things alien on planet Earth. Their latest mission: to save the world from a total intergalactic disaster!

When a renegade Kylothian monster disguised as a lingerie model threatens the survival of the human race, the boys of the MIB get the call to step up... and get busy! But first, Jay needs to drag Kay out of an early retirement with the U.S. Post Office - and there's not much time to get him up to speed. With their headquarters under siege and time running out, the boys in black enlist the help of Frank the Pug and a posse of hard-living worms to help them kick some seriously sexy alien butt!