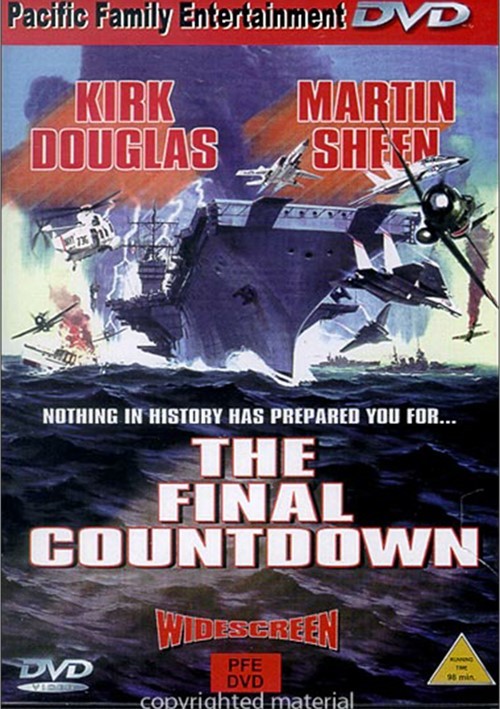 Nothing in history has prepared you for.... The Final Countdown.

The USS Nimitz is cruising peacefully 200 miles off Pearl Harbour when it is suddenly caught in a storm and is bathed in an unearthly green light. Almost immediately the seas are calm again.

The reconnaissance photos taken after the storm to plot the position of the ship, show a low-up of Pearl Harbor, circa 1941, with the battleship Arizona visible in the photo- this seems impossible, as the Arizona was sunk in the Japanese attack on Pearl Harbor.

It dawns on the officers that somehow they have moved back in time. Will the crew, with its awesome f-rce, take the opportunity to destroy the Japanese fleet heading for the naval base? And if so, what will happen to the world as we know it?

Reviews for "Final Countdown, The"