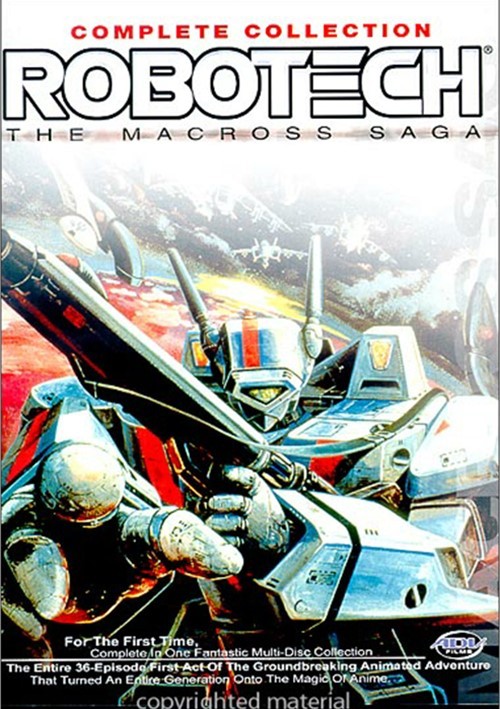 The Entire 46 Episode First Act of the Groundbreaking Animated Adventure that turned an entire generation onto the Magic of Anime.

Often compared to Star Trek and Star Wars, Robotech is a uniquely addictive, multi-generational animated serial that recounts the death-defying adventures of a group of heroes called upon to defend their world against a seemingly unstoppable alien invasion.

In the years since its initial broadcast, Robotech has remained one of the most critically acclaimed animated science fiction television series - fostering its own huge multi-generation fanbase. But Robotech is much more than a wildly improbably fan favorite. It is an intricate story - an intimate epic- that spoke its message of hope and courage to an entire generation of young minds.

The Macross Saga kicks the series off - and now you can own the entire first act of Robotech in one remarkable collection.

It doesn't get any better than this!