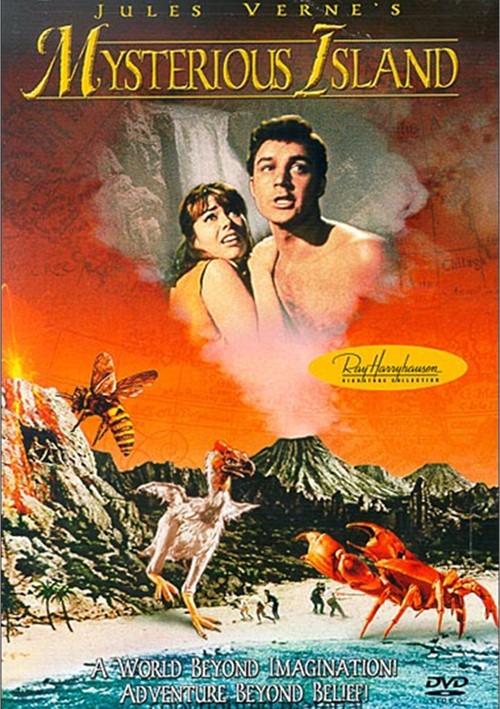 A World Beyond Imagination! Adventure Beyond Belief!

The fantastic Captain Nemo once again inspires the spirit of adventure in another Jules Verne classic. Captain Cyrus Harding (Michael Craig) leads three Union soldiers in a daring escape from a Confederate prison camp in a seized Confederate balloon. A raging storm f-rces the balloon over the ocean toward a Pacific Island on which the group becomes marrooned. Two shipwrecked women share in the dangerous encounters the castaways have with a host of gigantic beasts. Their fight for survival is aided by the mysterious Captian Nemo (Herbert Lom) of the submarine Nautilus, who, in an attempt to increase the world's food supply, helped create the strange animals. When a volcano erupts and threatens to destroy everyone, can Nemo save them?