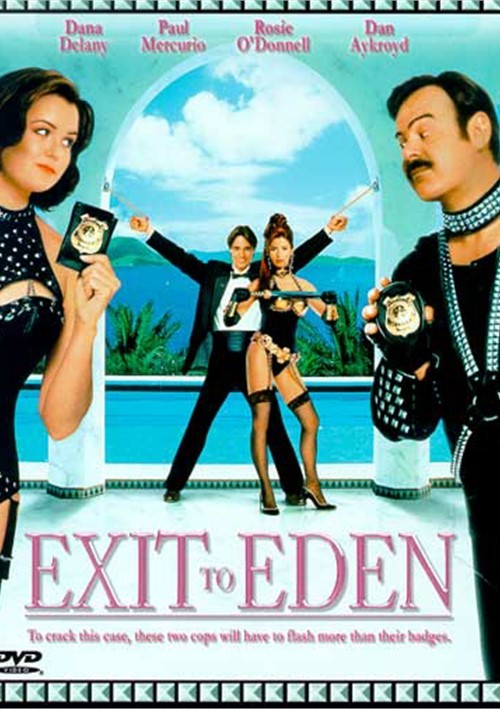 To crack this case, these two cops will have to flash more than their badges.

How do two of the straight undercover cops in L.A. find themselves on a sex fantasy island, where the secret of keeping their cover is to uncover more than the truth? It's all in the line of duty for Detectives Fred Lavery (Dan Akroyd) and Sheila Kingston (Rosie O'Donnell) in the hilarious comedy from the director of Pretty Woman: Exit To Eden.

Anything goes in Eden - and it usually goes wrong in this hilarious, undercover comedy where a cop's cuffs can come in handy for more than just catching crooks.

Reviews for "Exit To Eden"