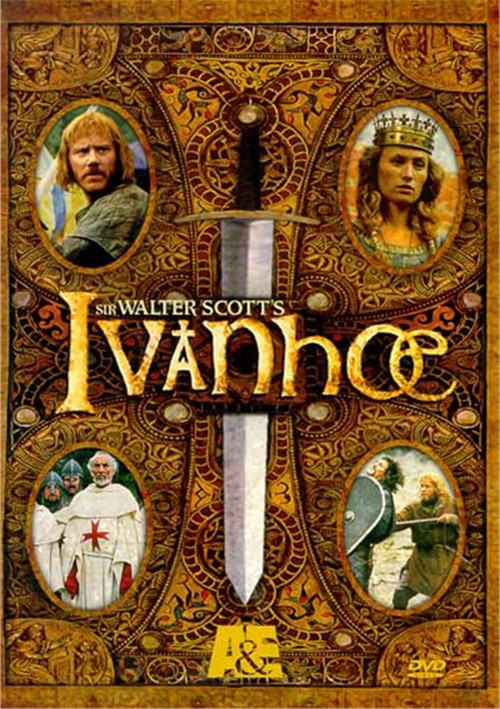 Between love and duty... Between treachery and honor... One knight stands alone.

Hailed by critics on both sides of the Atlantic, this rousing adaptation of Sir Walter Scott's masterpiece stars Ciaran Hinds (Jane Eyre, Persuasion), Susan Lynch (The Secret of Roan Irish), and Steven Waddington as Ivanhoe.

Returning to England after fighting in the Crusades, the Saxon knight Ivanhoe is determined to clear his name of allegations that he has betrayed King Richard and rescue his beloved Rowena from a loveless marriage.

Disguised as a pilgrim, Ivanhoe comes to the aid of Isaac of York, who offers him a chance to compete in Prince John's tournament. Ivanhoe defeats all his opponents, turning the enmity of the Prince, but suffers a wound in the melee. Afterwards, he is tended to by Rebecca, Isaac's daughter, before their camp is stormed by John's vengeful followers, who capture Ivanhoe, his father, Isaac, Rebecca, and Rowena.

Robin Hood and his allies, including the Black Knight, prepare to storm the castle where Ivanhoe and his cohorts are being held. During the attack, they manage to free Rowena from the clutches of Prince John's henchman, Bois-Guilbert (Christopher Lee). He then kidnaps Rebecca, and they flee as the castle burns.

Prince John sentences Rebecca to burn as a witch, and her only chance for survival is to demand trial by combat. Ivanhoe learns of her plight and rides to her defense - despite Rowena's objections - eager to confront Bois-Guilbert, right old wrongs, and face the truth of his divided heart.