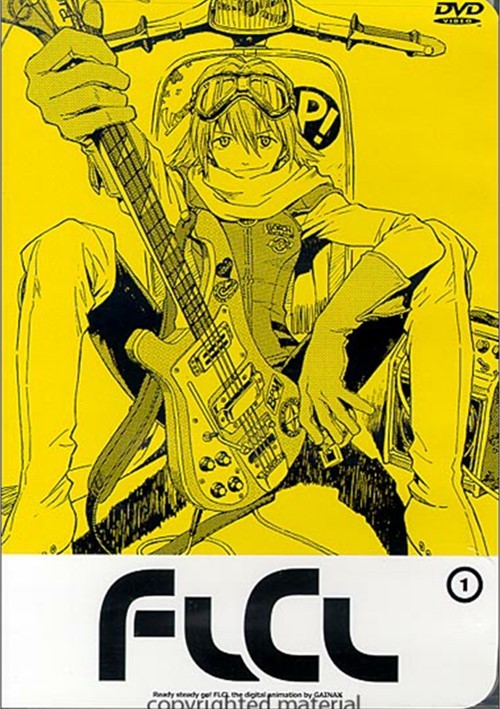 A girl from outer space?

Naota has enough to deal with at home. His older brother went to the US to play baseball. And his father and grandfather never behave like normal adults. Not to mention his brother's girlfriend is now making advances on him. Plus there's a so called alien girl hitting on him. Literally. With a bass guitar. Oh, did we mention the robots that keep springing from his head?

The god of the black flames

Hanging out by the river and playing with cats, no one would suspect that Mamimi is a girl with a dark past. She's been obsessed with the videogame "Fire Starter." Coincidentally, there's been a string of fires around town. Fires like the one that burned down a school 6 years ago, where Naota first met Mamimi. And if that's not enough, there's something new growing inside Naota's head.