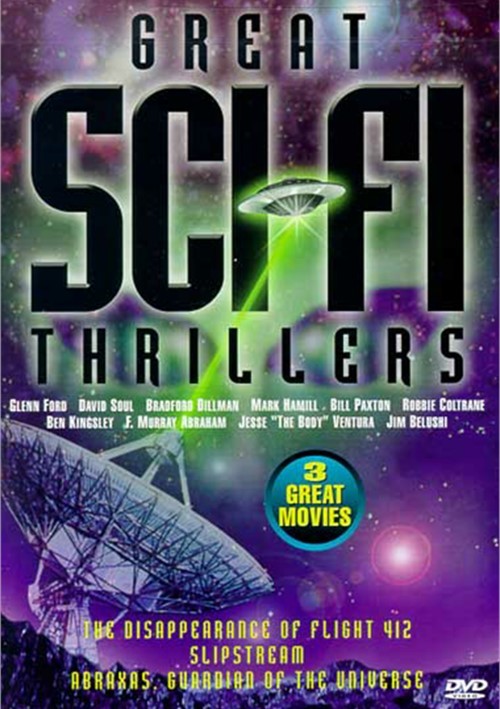 A Mind Opening Journey To The Edge Of Reality!

Step across the threshold of reality into a place where time and space bend with a single thought, UFOs are real and strange, new worlds await you. It's warp-speed action with a twist, as these three sci-fi adventures rocket you through dizzying dimensions and mind-altering plot lines. Get ready for your imagination to be blasted into hyperdrive!

The Disappearance Of Flight 412

When two Air F-rce jets disappear while chasing a UFO, a respected colonel (Glenn Ford) goes looking for the truth. The military higher-ups have no intention of putting him in the loop, so he starts his own investigation... and uncovers a plot more frightening than anything he could imagine. David Soul and Bradford Dillman also star.

In a post-apocalyptic world, bounty hunting is altogether different. Cop Will Tasker (Mark Hamill) has captured a wanted fugitive, but before he can bring him in, bounty hunter Matt Owens (Bill Paxton) has escaped with him into the mysterious zone of the "slipstream." Robbie Coltrane, Ben Kingsley and F. Murray Abraham also star.

Abraxas, Guardian Of The Universe

Before he was a politician, Jesse "The Body" Ventura portrayed the intergalactic policeman, Abraxas. HE travels to Earth on the trail of a rogue alien with deadly plans: to find a woman to bear his child, who will in turn destroy the universe. Will Abraxas nab him before it's too late? Jim Belushi also stars.