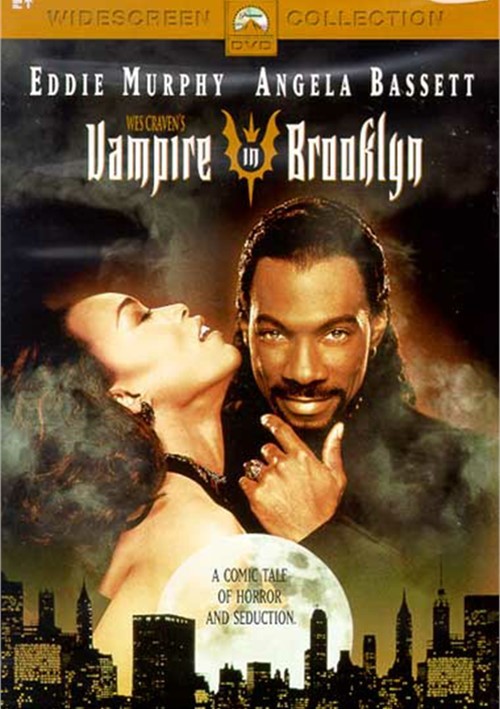 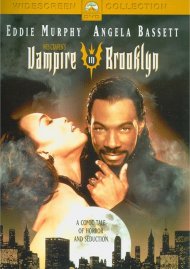 A Comic Tale Of Horror And Seduction.

Eddie Murphy's got the bite stuff in this movie mix of bone-chilling horror and chill-out comedy directed by Wes Craven (A Nightmare On Elm Street). As the vampire Maximillian, the popular star is the most diabolical, dashing and definitely undead dude in the 'hood'. To add to the macabre fun, Murphy morphs into two other must-see characters: a paunchy preacher and a fast talking thug.

Angela Bassett (The Score) plays the cop whose world is rocked by Maximillian's attempts to maker her his mate for eternity. And Kadeem Hardison is the vampire's haplessly decaying sidekick. Brooklyn may be home to the undead now that Max is around - but that means it's livelier than ever!

Reviews for "Vampire In Brooklyn"