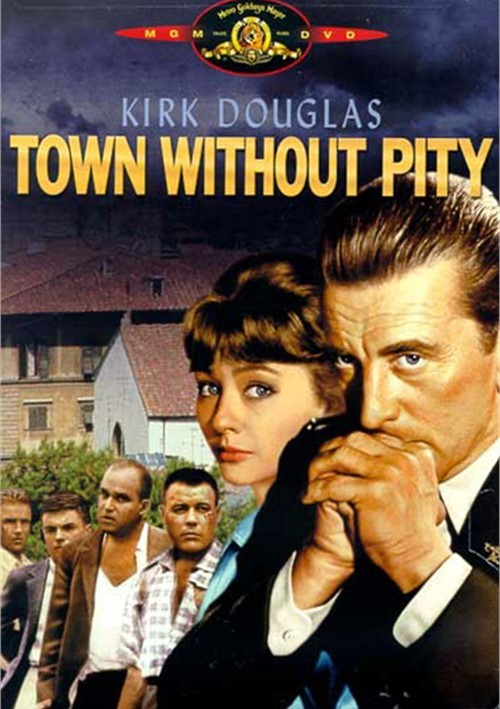 Three-time OscarÂ® nominee Kirk Douglas "is downright brilliant" (The New Yorker) in this honest and gripping drama about a sl--py, occupied German town suddenly shocked awake by the brutal actions of four American soldiers. As timely today as it was shocking upon its release, Town Without Pity is an "excellent production" (Limelight) and will keep you on the edge of your seat!

Attorney Steve Garrett (Douglas) is brought in to defend four enlisted men accused of attacking a 16-year-old girl. But if he's going to prevent their death sentences, he will have to turn the spotlight on the victim, Karin. Already immeasurably traumatized, Karin suddenly finds herself on the witness stand, attempting to justify her actions to Garrett, her stern father and a Town Without Pity.

Reviews for "Town Without Pity"