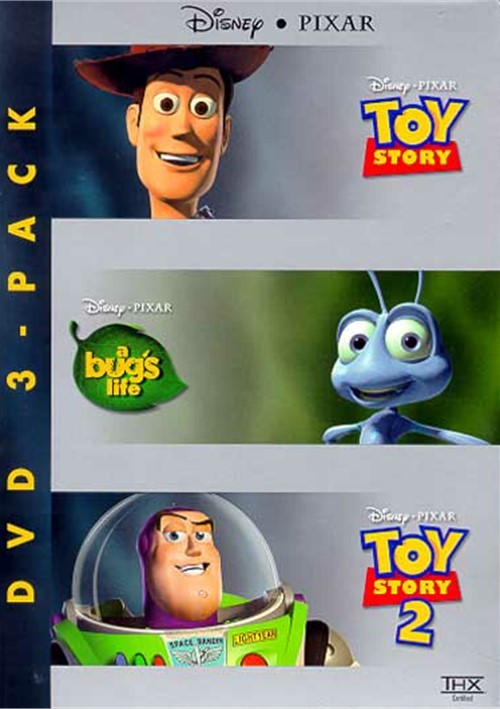 Pixar celebrates their 15th anniversary with this release of a 3-pack collection of their hit movies.

On behalf of "oppressed bugs everywhere," an inventive ant named Flik hires "warrior bugs" to defend his colony from a horde of freeloading grasshoppers, led by Hopper. But when Flik's cavalry turns out to be a ragtag group of flea circus performers, the stage is set for comical confusion, as well as unlikely heroes!

As six-year-old Andy's favorite toy, Woody (Tom Hanks) is confident in his role as room leader. But when Buzz Lightyear (Tim Allen) crash-lands into Woody's world as Andy's most important birthday present, a rivalry is created that lands the duo inside the home of Sid - the toy- boy next door. As Woody and Buzz work together to escape, they realize they've got the perfect friend in each other!

While Andy is away at summer camp, Woody is toynapped by Al, a greedy collector. Before you can say "to infinity and beyond," Buzz Lightyear, Mr. Potato Head, Hamm, Rex and Slinky Dog spring into action in a thrilling and hilarious rescue mission that will have everyone cheering!