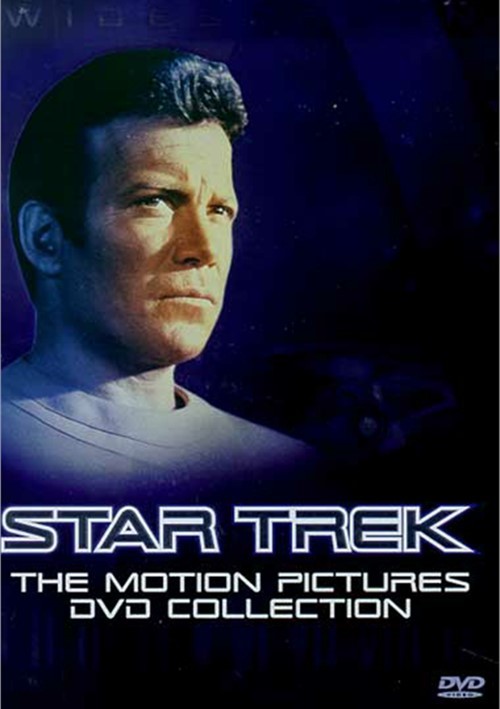 Star Trek 2: The Wrath Of Khan

Khan is back. Aided by his exiled band of genetic supermen, Khan (Ricardo Montalban) - brilliant renegade of 20th century Earth - has raided Space Station Regula One, stolen a top secret device called Project Genesis, wrested control of another Federation starship, and now schemes to set a most deadly trap for his old enemy Kirk...with the threat of a universal Armageddon!

Star Trek 3: The Search For Spock

Admiral Kirk's defeat of Khan and the creation of the Genesis planet are empty victories. Spock is dead and McCoy is inexplicably being driven insane. Then a surprise visit from Sarek, Spock's father, providing a startling revelation: McCoy is harboring Spock's living essence. With one friend alive and one not, but both in pain, Kirk attempts to help his friends by stealing the U.S.S. Enterprise and defying Starfleet's Genesis planet quarantine.

It's the 23rd century and a mysterious alien power is threatening Earth by evaporating the oceans and destroying the atmosphere. In a frantic attempt to save mankind, Kirk and his crew must time travel back to 1986 San Francisco where they find a world of punk, pizza and exact-change buses that are as alien as anything they've ever encountered in the far reaches of the galaxy.

It's Stardate 845.130 and vacationing Captain Kirk faces two challenges: climbing Yosemite's El Captain and teaching campfire songs to Spock. But vacations are cut short when a renegade Vulcan hijacks the Enterprise, and pilots it on a journey to uncover the universe's innermost secrets.

After years at war, the Federation and the Klingon empire prepare for a peace summit. But the prospect of intergalactic glasnost with sworn enemies is an alarming one to Captain Kirk (William Shatner). "They're animals!" he warns. When a Klingon ship is attacked and the Enterprise is held accountable, the dogs of war are unleashed again, as both worlds brace for what may be their final, deadly encounter.

Seeing the Federation is about to lose against the Borg, Picard ignores his orders and take command of the defending fleet. With his knowledge of the weak spot of the Cube, they destroy it. However, a small part of it escapes and plot a course directly to Earth. The Enterprise chases it and enters a time distortion created by the Borg. They end up in the mid 21st century, their only chance of stopping the Borg from assimilating Earth being to help Zefram Cochrane make his famous first faster than light travel to the stars...

If Picard obeys the Prime Directive, 600 peaceful residents of Ba'ku will be f-rcibly removed from their remarkable world. All for the reportedly