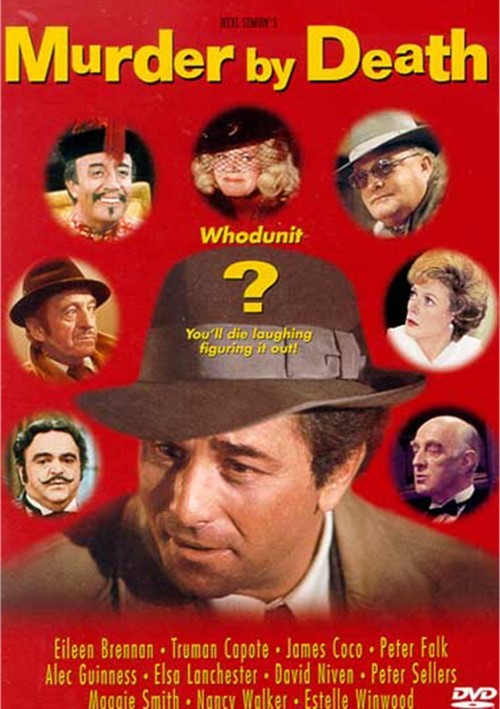 You'll die laughing figuring it out!

The world's greatest detectives have been invited to dinner. But when murder is on the menu, who will make it to dessert? You are cordially invited to join an all-star cast featuring Peter Sellers, David Niven, Peter Falk, James Coco, Elsa Lanchester, Maggie Smith, Alec Guinness, Eileen Brennan, Nancy Walker, James Cromwell and Estelle Winwood for Neil Simon's hilarious murder-mystery spoof Murder by Death.

The isolated mansion of eccentric millionaire Lionel Twain (celebrated author Truman Capote in a Golden Globe-nominated performance) is the setting for the twisted puzzler. Twain informs his guests that one of them will be murdered at the stroke of midnight. The pay-off: $1 million to whoever lives through the night. Murder by Death neatly lampoons both the mystery genre and the characterizations of these instantly recognizable gumshoes. Match wits with the super sleuths, but remember, you can't win if you end up dying from laughter!

Reviews for "Murder By Death"