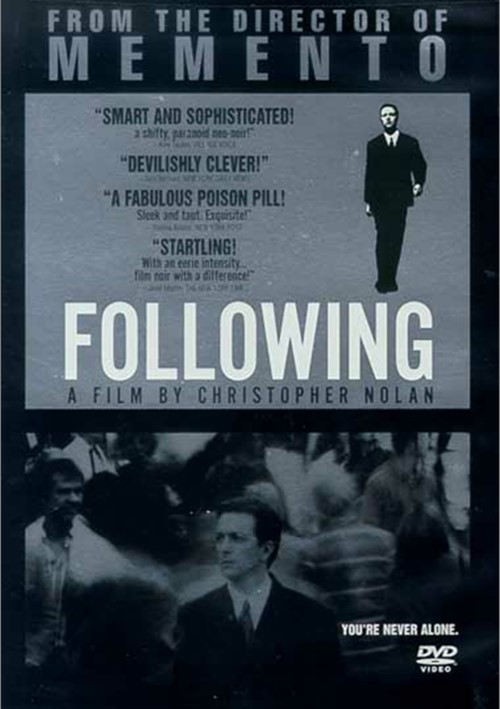 "Nolan is a talent who bears watching!" -San Francisco Examiner

Following is a wickedly clever story of how a young man's obsession with following people leads him into a dark underworld. Bill, the unlikely hero, is a marginalized but intriguing Everyman who follows strangers at random on the street. When Cobb, a man Bill has been following, catches him in the act, Bill is drawn into Cobb's world of breaking into flats and prying into the personal lives of their victims. In Cobb, Bill finds a strange companion - part mentor, part confessor and part evil twin. With an ingenious structure that involves flash forwards and doubling back, the film tests our knowledge and understanding just as the protagonist is being duped into an elaborate triple-cross. Following heralded Christopher Nolan as a promising new talent whose promise was amply confirmed with Memento.