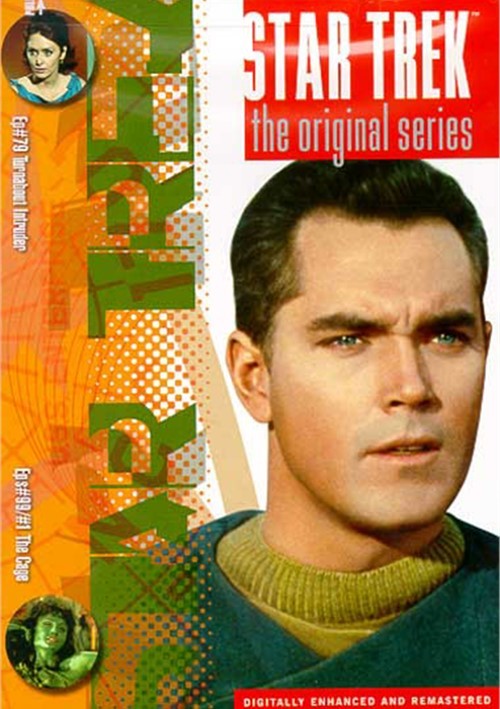 The U.S.S. Enterprise receives a distress call from Camus II, where they find all but two inhabitants dead from radiation. One survivor, Janice Lester, is an old friend of Kirk's. But now she despises him and uses an alien technique to exchange bodies with him. When Kirk/Janice tries to explain things, Spock, Scotty and McCoy are accused of mutiny and Janice/Kirk calls for the death penalty!

The two versions of Star Trek's rarely aired pilot star Jeffrey Hunter as captain of the U.S.S. Enterprise. On an earlier voyage of the U.S.S. Enterprise, Kirk's predecessor Captain Christopher Pike tries to rescue an Earth crew that disappeared eighteen years earlier. But it's a trap! Pike is imprisoned in a zoo-like cage and studied by a mysterious higher life-form.