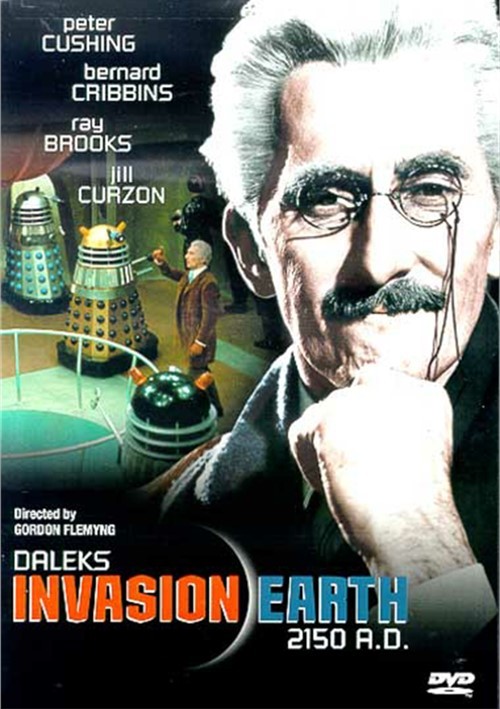 Doctor Who Returns In An Out-Of-This-World Battle For The Future!

The legendary Peter Cushing stars in this action-packed film sequel to Dr. Who and the Daleks, adapted from the beloved BBC-TV serial that has captured the world's imagination for more than 40 years!

This time, the remarkable Doctor and his companions use their time machine the T.A.R.D.I.S. to travel to the Earth's future. But when they arrive, they discover a battle-ravaged world where mankind has been conquered and enslaved by the diabolical Daleks. Can Doctor Who foil their fiendish plan to mine the Earth's nuclear core, and help a brave band of human rebels to take back the planet?