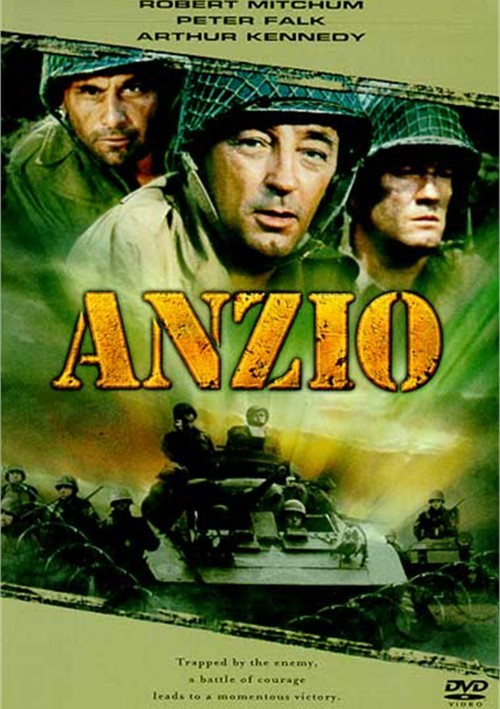 Trapped by the enemy, a battle of courage leads to a momentous victory.

Screen greats Robert Mitchum, Peter Falk and Arthur Kennedy star in the riveting war drama Anzio, a vivid portrait of one of the bloodiest WWII battles ever fought. After landing with Allied troops at Anzio, Italy, in 1944, war correspondent Dick Ennis (Mitchum) and buddy Corporal Rabinoff (Falk) tell Anzio commander General Lesley (Kennedy) that the road to Rome is wide open. But instead of heading to Rome, Lesley attempts to build a coastal stronghold, only to discover that the Germans have outflanked them by enclosing the Anzio beachhead. Four months and over 30,000 casualties later, the Allied f-rces smash through the German lines and victoriously march to Rome. Directed by highly-acclaimed action director Edward Dmytryk (The Caine Mutiny, Back To Bataan), Anzio is a powerful film and a symbol of heroic tenacity.