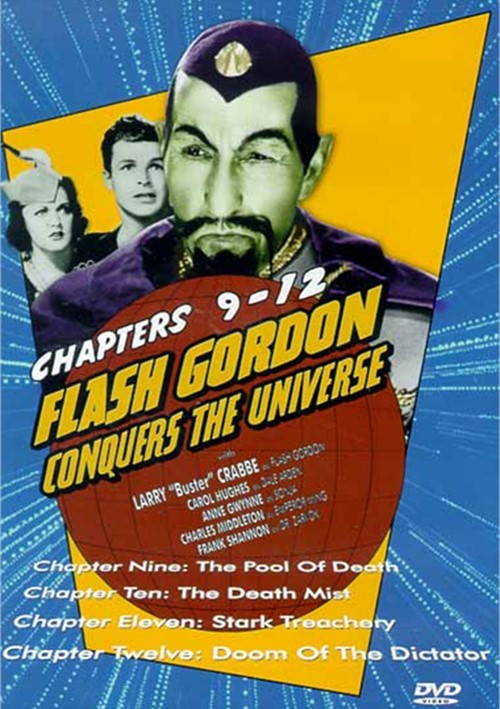 Dale is captured and held hostage with Aura, Ming's daughter, in exchange for one of Ming's soldiers. Flash and his men find a way into Ming's palace to rescue her but not without first defying floods, electrified traps and gas bombs. Meanwhile Dr. Zarkov finds out the secret to the deadly dust. However, Ming overhears and lets it be known that he has another source of power. Flash discovers this new destructive power - Solarite - on one of Ming's ships, set to destroy the earth. Just as Flash finds a way to the ship, Ming realized that Flash will probably use the Solarite against him, so he hides in the tower where he hopes to use the controls to shoot the solarite ship out of the sky. Flash sets the ship on a course for the tower and jumps into Dr. Zarkov's ship. At the end of this third and final Flash Gordon series, will Flash indeed Conquer the Universe?

Chapter Nine: The Pool Of Death

Chapter Twelve: Doom Of The Dictator