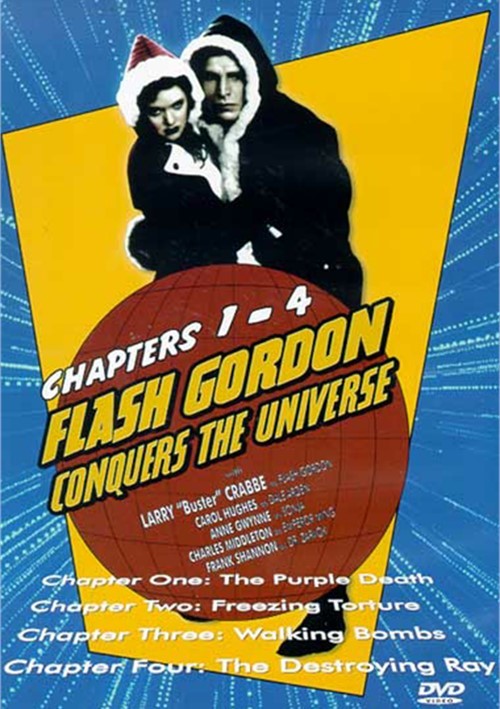 Ming the Merciless is spreading his deadly "purple dust" and killing people on earth. Flash, Dale and Dr. Zarkov take off to planet Mongo where they team up with Barin and Queen Fria to stop Ming's further experimentation with the deadly dust. They destroy Ming's experiment but not without a fight and near death. They escape and speed off to Frigia where they mine for Polarite, the only antidote to the purple dust. There they face one disaster after another; with avalanches set off by Ming's men and the "Annihilatons", Ming's walking bombs who set out to kill Flash and company. Two of the Annihilatons grab Dale and Dr. Zarkov and head back to Ming's planet. Meanwhile, Flash comes to, after being thrown down a pit, and rushes to earth with the Polarite before heading back to Mongo to save Dale and Dr. Zarkov from certain death.

Chapter One: The Purple Death