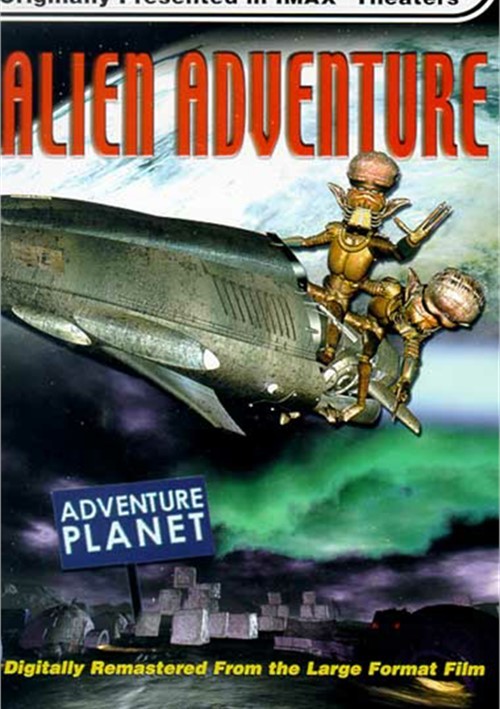 Transform your living room into a multi-dimensional experience of sound and motion!

Steadfastly moving through the galaxy, a group of aliens head toward planet Earth in hope of establishing a new home for their people. Little do they know, they're in for the ride of their lives when they land in the middle of "Adventure Planet," a new hi-tech amusement park not yet open to the public.

Join the Glagoliths in this first full-length digitally animated giant screen 3-D film and become immersed in a succession of eye-popping adventures NOT for the weak of stomach. Be prepared to venture into the bowels of an underground Arabian palace fully loaded with dungeons and dragons . . . Plunge into an underwater fantasy and come face to face with mechanical sea monsters and an all too real virtual shark . . . Zoom down a slick, winding ice track at astounding speeds.

Hold on to your seats, and don't say we didn't warn you!