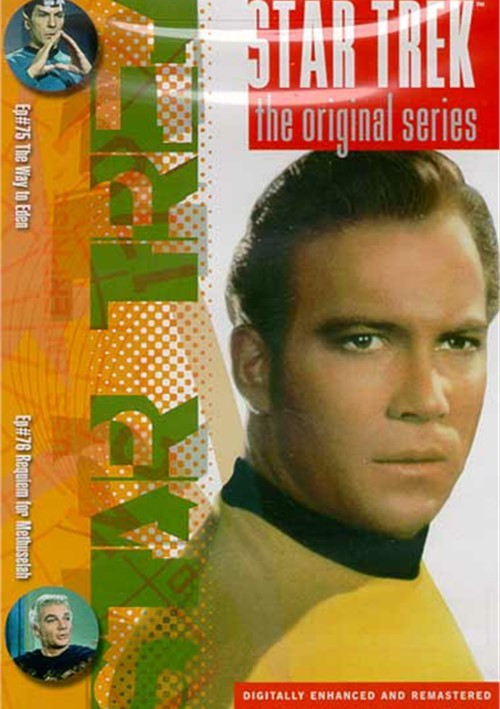 Kirk pursues the stolen ship Aurora and just as it explodes he beams aboard the survivors-rebellious idealists in search of the fabled planet Eden. Their leader, Dr. Sevrin, suffers from a deadly disease, which has rendered him insane. After gaining Kirk's trust, Sevrin and his followers take control of the U.S.S. Enterprise. Their goal: Eden. Their means: Any, including the death of Kirk and his crew, if necessary.

When deadly Rigellian fever strikes the U.S.S. Enterprise's crew, Kirk takes the starship to a nearby planet to collect and refine ryetalyn, the only known antidote. There Kirk, Spock and McCoy encounter Flint, a strange, apparently immortal genius. Flint becomes jealous when Kirk falls in love with Rayna, his beautiful ward and uses his powers to immobilize the U.S.S. Enterprise! Can Kirk convince Flint to release his ship, or are they all doomed victims of this fatal disease?