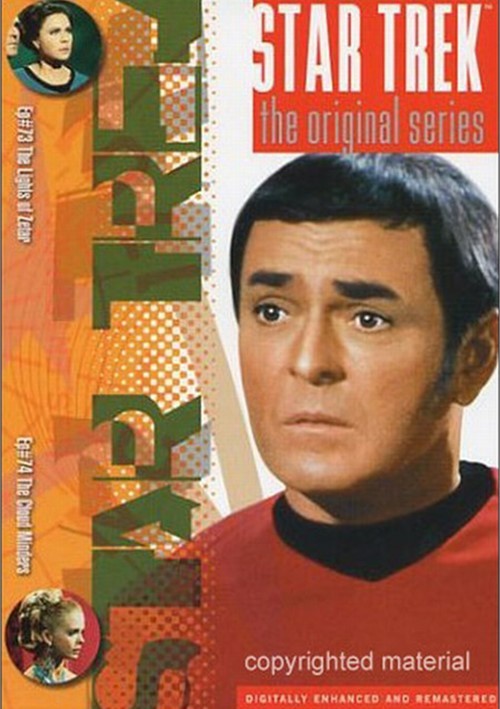 Lt. Mira Romaine is being transported to Memory Alpha, a planetoid housing the Federation's central library, where she'll supervise the transfer of new equipment. But an energy "storm" destroys all life on Memory Alpha and then penetrates the U.S.S. Enterprise, where the "storm" -strange colored light entitles from the planet Zetar-takes possession of Mira. If Kirk can't find a way to exorcise the Zetarians, they'll kill Mira and the crew, much to the dismay of Scotty, who's fallen in love with her!

When an epidemic strikes a Federation planet, Kirk and the U.S.S. Enterprise head for Ardana, the only planet where the antidote zenite is mined. But Kirk discover the miners, called Troglytes, are treated as subservients by the planet's rulers. The Troglytes, suspicious of Kirk's motives, refuse to give up the zenite. Without it, billions will die!