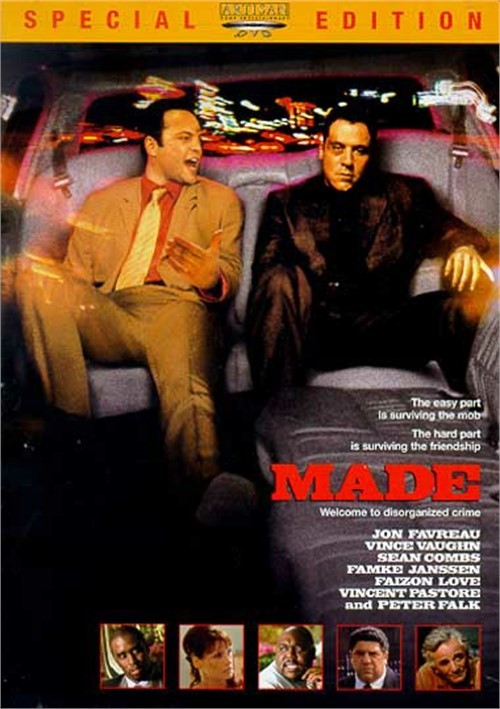 Bobby (Favreau) is a would-be boxer who just wants to settle down with his stripper girlfriend (Famke Janssen). His lifelong pal Ricky (Vaughn) is a smalltime hustler who dreams of being a mafia hotshot. So when mob boss Max (Peter Falk) offers the two buddies temporary work as out-of-town mafia "muscle," the two friends head for New York - where Ricky's delusions of gangster grandeur plunge them both into the Big Apple's seductive underworld of stretch limos, fast women and pricey nightclubs. But when Ricky's bumbling attempts to look like a "made" man ignite a dangerous confrontation with a rival gang lord, it becomes apparent that for these two not-so-goodfellas, crime definitely doesn't pay... and it could end up costing them big time!