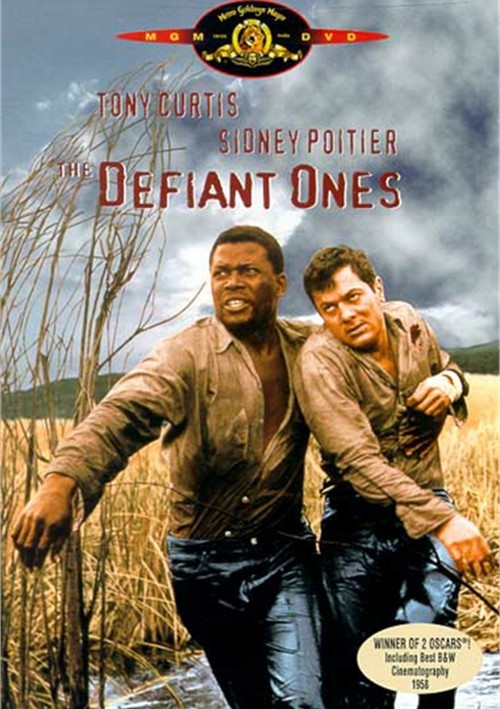 Nominated for nine Academy AwardsÂ® including Best Picture, The Defiant Ones broke new ground by delivering its message of racial tolerance through a fast-moving blend of action and suspense. It remains "a raw, powerful film that is as exciting as it is moving, real and literate" (Variety).

Joker Jackson (Tony Curtis) and Noah Cullen (Sidney Poitier) are two convicts on the run. Escaping from a Southern work gang, the two men are bound together by an unbreakable iron chain and separated by an unbridled hatred towards each other. Relentlessly pursued by a posse and bloodhounds, they put aside their differences to survive. But when a lonely woman (Cara Williams) breaks their chain and deliberately sends Cullen to certain death, Jackson must decide what's more important: saving Cullen... or saving himself.

Review "Defiant Ones, The"

Reviews for "Defiant Ones, The"