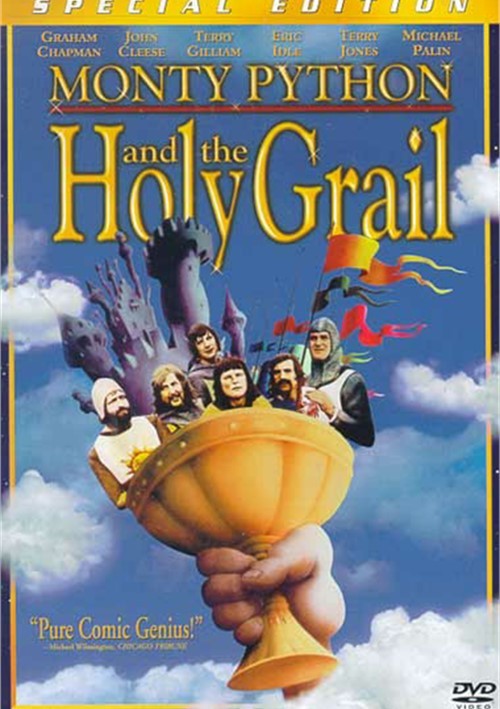 Monty Python And The Holy Grail is a hilarious send-up of the Middle Ages as told through the story of King Arthur and framed by a modern-day murder investigation.

This two-disc special edition includes a widescreen presentation of the film along with commentaries by directors Terry Gilliam & Terry Jones, behind-the-scenes photos you've never seen before and much more!

Disc Two:
Three Mindless Sing-Alongs
Join Michael Palin and Terry Jones in their Special Documentary: The Quest For The Holy Grail Locations
How To Use Your Coconuts (An Educational Film)
Monty Python And The Holy Grail In Lego!
"On Location with The Pythons" (18 min.)
An Interactive Cast Directory
Tons of Terry Gilliam's Original Sketches Plus Posters
Behind-The-Scenes Photos
A Load Of Rubbish - A Surprise Package of Mystery Items Specially Included for the Mentally Challenged.
Unused Locations! How The Directors' Recce Used Up The Budget!
Theatrical Trailers
Weblinks

Reviews for "Monty Python And The Holy Grai"