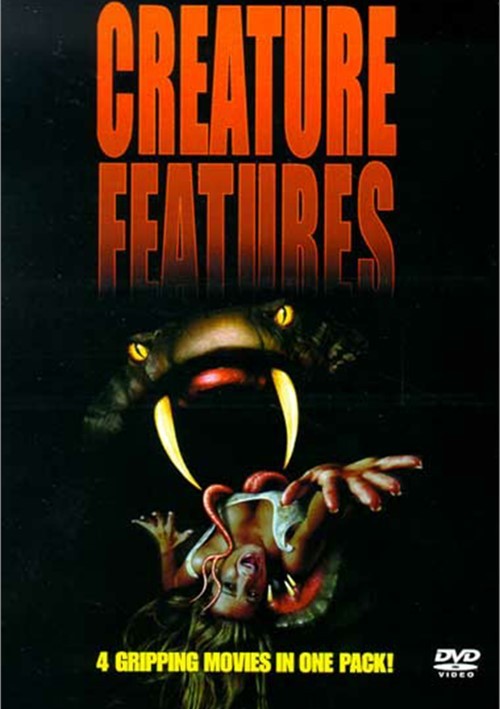 4 Gripping Movies In One Pack!

High school sweethearts Brady, Claire and six of their college friends board a houseboat for a fun-filled, sun-soaked spring break vacation. But when they discover a nest of large eggs in the marshlands - and one of them can't resist taking one back to the party - their weekend of fun-in-the-sun will turn into a weekend of terror!

When a team of scientists led by Dr. Irwin Burns (Joseph Ruskin), tests an experimental drug that increases aggression in animals and humans, their biochemical lab explodes and a mutated nightmare escapes. Half African King Cobra and half Eastern Diamondback Rattlesnake, Seth is pure evil. He's 30 feet long with a giant appetite for terror!

As the nearby town of Filmore prepares for its annual lager beer festival, Seth moves in for the kill, turning celebration into fear and panic. With hundreds of innocent lives in danger and time running out, Dr. Brad Kagen (Scott Brandon) and his girlfriend, Deputy Sheriff Jo Biddle (Kasey Fallo) hire a renowned snake expert Nick Hashimoto (Pat Morita) to lure Seth into a deadly trap. But this is one intelligent predator and the battle between man and reptile soon escalates into an all-out war for survival.

Assigned to cover the space shuttle landing, college newspaper reporter Marci and her colleagues head out to a restricted area of the desert, where they are also attempting to prove the existence of aliens they believe have landed there. When the shuttle crash lands nearby, they sneak into headquarters and stumble upon a secret, unauthorized experiment that has gone wrong: a spider on board that was injected with alien DNA is now on the loose... and each time it kills, it gets bigger and hungrier!

Armageddon on the high seas! An elite nuclear submarine, on a deadly mission to deliver an international terrorist to American authorities, travels through a mysterious ocean portal known as "The Devil's Eye." Twenty-seven ships have disappeared in this area, fueling the legend of a killer mutant octopus. Adrenaline-pounding fear surfaces in the grips of a monster few have ever seen. Even fewer will live to tell.

Crocodile:
Trailer
"The Making of Crocodile"