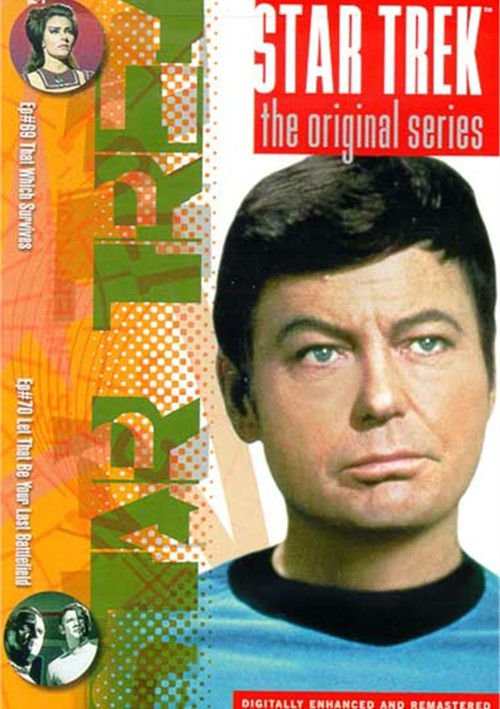 That Which Survives: (Episode 69)

Kirk, McCoy, Sulu, and geologist D'Amato beam down to investigate a geologically unstable planet. There they are greeted by Losira, a beautiful woman whose touch means instant death. Meanwhile, a power surge has hurtled the U.S.S. Enterprise? 1,000 light-years from Kirk and company, stranding them on this hostile planet. Losira has sabotaged the starship, and if Scotty can't make repairs quickly, it will explode!

Let That Be Your Last Battlefield: (Episode 70)

The U.S.S. Enterprise? encounters a damaged, stolen shuttlecraft and Kirk beams aboard a being named Lokai, a half-black, half-white fugitive. Soon his pursuer, Bele, an alien of similar coloring, beams aboard, determined to take Lokai prisoner. When Kirk tries to intervene, Bele gains control of the U.S.S. Enterprise? and threatens to destroy it. Listen closely to the destruct sequence in this episode. It was used word for word in Star Trek? III: The Search For Spock.