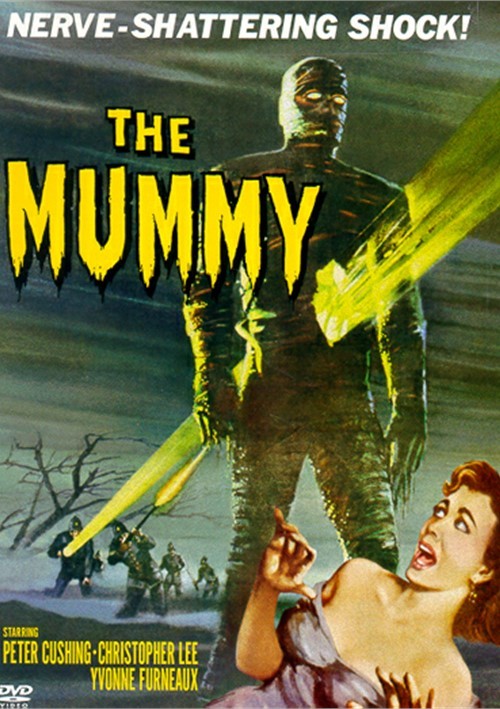 In Hammer Studios' vivid 1959 Technicolor reincarnation of The Mummy, screen horror icon Christopher Lee wraps on the moldy gauze bandages and emerges as the tormented Kharis, an avenger stalking the hills and bogs of Victorian England to track down archaeologist John Banning (Peter Cushing) and other desecrators of his beloved Princess Ananka's Egyptian tomb.

"Lee looks tremendous, smashing his way through doorways and erupting from green, dreamlike quagmires in really awe-inspiring, fashion" (David Pirie, Time Out Film Guide). Awe-inspiring, too, was the box-office success of this third Hammer reinvigoration - after The Curse of Frankenstein and Horror of Dracula - of a classic screen monster.

Reviews for "Mummy, The"