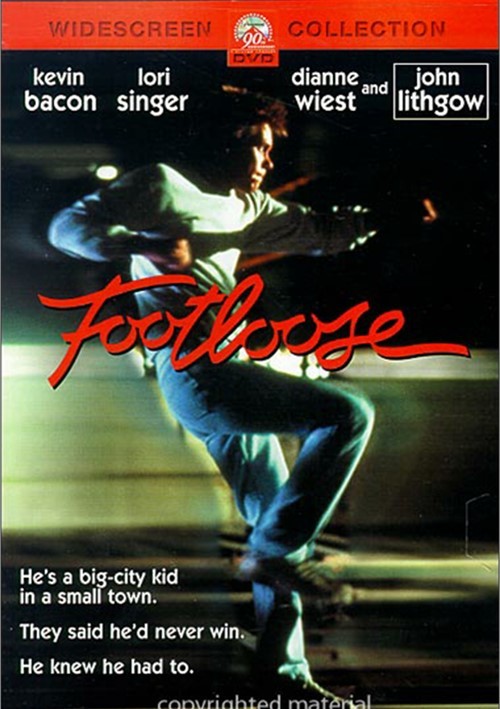 He's a big-city kid in a small town. They said he'd never win. He knew he had to.

Kevin Bacon (Hollow Man, A Few Good Men) leapt to stardom in this stand-up-and-cheer film that bursts with hit songs and dance. Ren McCormick (Bacon) is a big-city kid looking for some fun. But, after Ren moves to the sl--py Midwest, he finds himself in the town that fun forgot! When Ren hears that the town's uptight minister (John Lithgow) has placed a ban on dancing, he decides to take a stand. With his best friend (Chris Penn) and the minister's rebellious daughter (Lori Singer), Ren wages a fight for the right to shake, rattle and roll - a campaign that will have the town in an uproar...and the kids dancing in the street. With an infectious soundtrack featuring Deniece Williams' "Let's Hear It For the Boy" and Kenny Loggins' chart-topping title song, Footloose is one movie with all the right moves.

Please be aware that this title is going out of print and being replaced by the deluxe version.