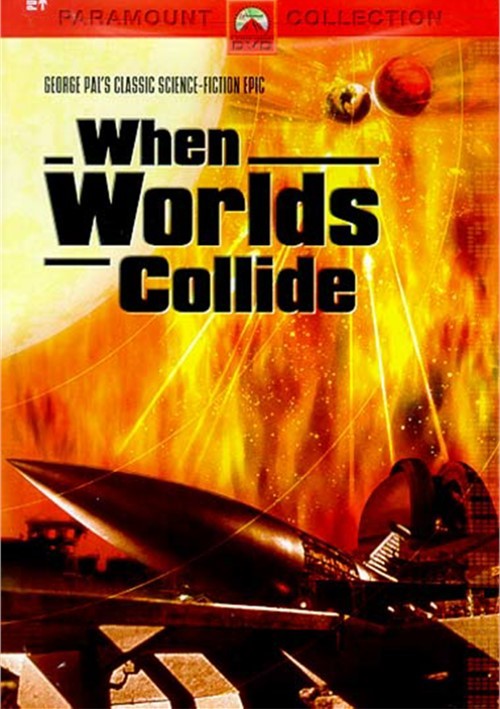 An Impending Collision With A Runaway Star Signals The Destruction Of Earth.

The government refuses to listen to scientists, but private industrialists finance the building of a spaceship, which will carry a limited number of people to another planet to begin a new civilization. As doomsday approaches, they race against time and the panic of those who will be left behind. The potential pulverizing impact of the collision, the massive tidal waves and devastating earthquakes, and the final cosmic smashup make a chilling panorama of disaster. The balance between human and planetary drama is excellently maintained as the movie builds to its fascinating, unforgettable climax.

Reviews for "When Worlds Collide"