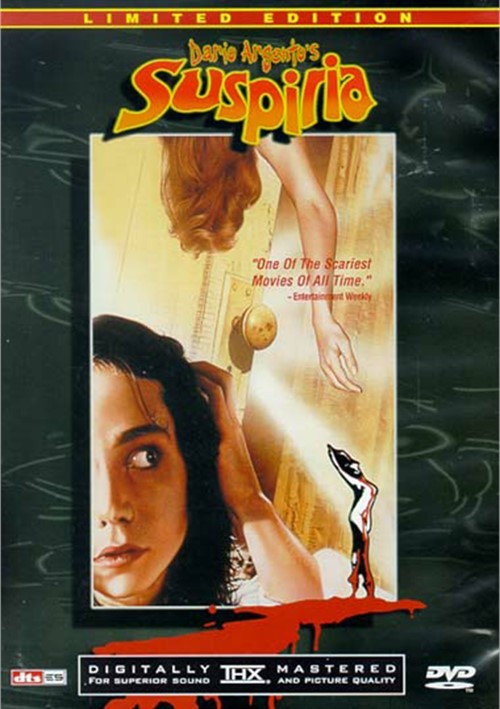 "One Of The Scariest Movies Of All Time." -Entertainment Weekly

Jessica Harper stars as Suzy Banyon, a young American ballet dancer who arrives at a prestigious European dance academy run by the mysterious Madame Blanc (Joan Bennet) and Miss Tanner (Alida Valli). But when a series of bizarre incidents and horrific crimes (including what Entertainment Weekly calls "the most vicious murder scene ever filmed") turn the school into a waking nightmare of the damned, Suzy must escape the academy's unspeakable secret of supernatural evil.

Experience the most shocking and hallucinatory horror movie in history as you've never seen or heard it before, now featuring the fully remastered landmark score by Goblin and a heart-stopping new film transfer supervised by director Dario Argento and cinematographer Luciano Tovoli. This is the definitive version of Suspiria, an aria of terror beyond imagination and one of the most extraordinary horror films ever made.