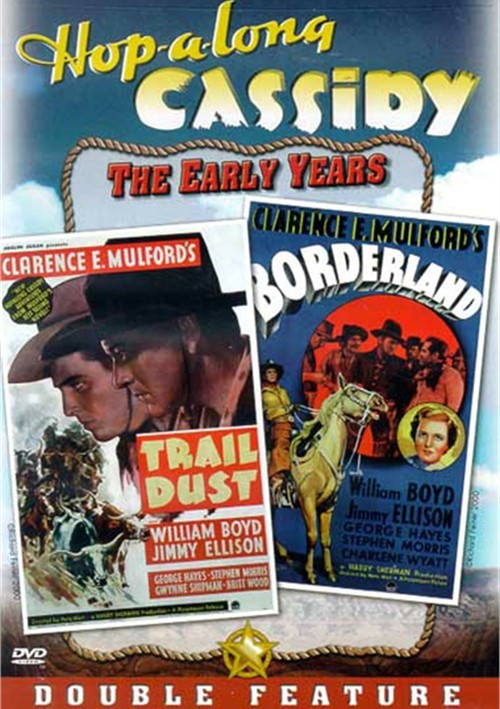 Trail Dust: (1936, 77 min.) - Stunningly photographed by Archie Stout, this thrill-packed Cassidy western was remarkable in its reflection of the tough times of the Great Depression. Hoppy, mindful of the famine threatening the country, persuades other ranchers to combine their herds and offer them at a fair price to a relief committee sent to buy cattle to feed a starving population. Cassidy leads a collective cattle drive, but greedy profiteers set out to sabotage his efforts, and they'll kill any man brave enough to stand in their way.

Borderland: (1937, 82 min.) - A mysterious bandit, known as The Fox, has been leading raids on both sides of the Mexican border and Hoppy is asked by the United States and Mexican officials to penetrate the criminal's operations by posing as a bandit himself. Hoppy pretends to be evil, and even does bad things to his sidekicks in order to accomplish his objective. Later joining the Fox's gang, Hoppy is able to blow their cover, reveal the Fox's identity and, although badly wounded, capture him at gunpoint.