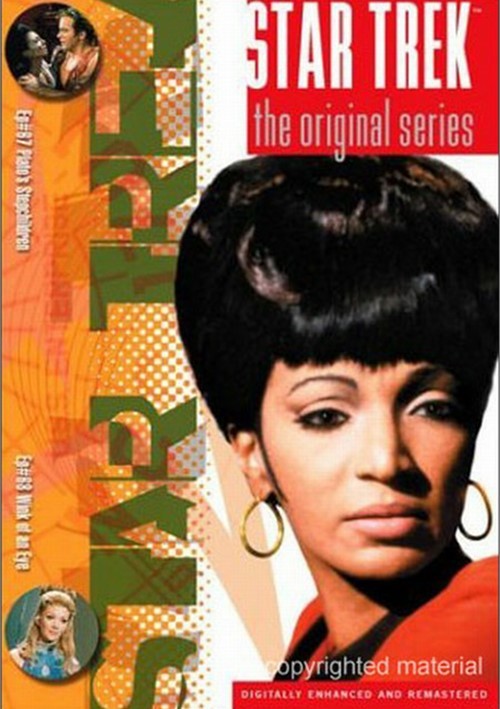 The U.S.S. Enterprise? answers a distress call from the planet Platonius and Kirk, Spock and McCoy beam down to help Parmen, the planet's ailing leader. Parmen and his friends have developed incredible telekinetic abilities and they use their powerful minds to f-rce Kirk and company to remain there. The U.S.S. Enterprise? crew are then subjected to humiliating experiences. How can Kirk escape the influence of Parmen's mind and regain control of the U.S.S. Enterprise?? This episode featured the first interracial kiss on network television.

Responding to a call from Scalos, Kirk and company beam down to find the city deserted, except for insect-like buzzing sounds. Then a member of the landing party sips some water and vanishes! Back aboard the U.S.S. Enterprise?, Kirk drinks coffee and also disappears! He finds himself in accelerated time, the love-slave of the Scalosian queen, who sabotages the U.S.S. Enterprise?, and plans to use Kirk to help repopulate her planet! Can Kirk escape her charms and rescue the crew of the U.S.S. Enterprise??