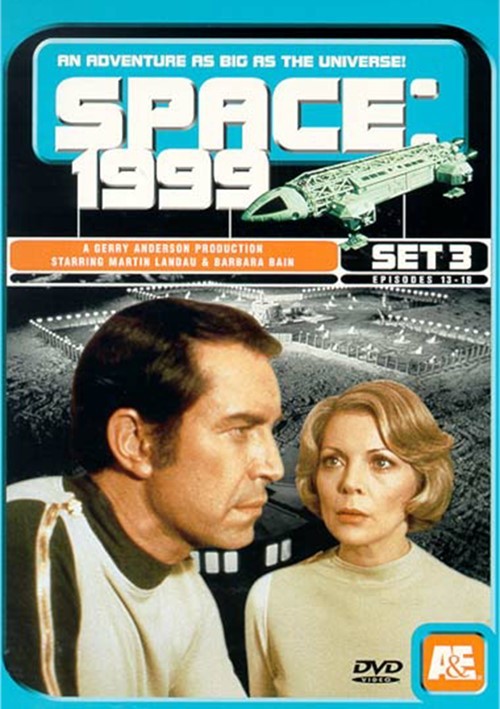 A&E Home Video proudly presents more episodes of world-renowned producers Gerry & Sylvia Anderson's seminal 1970's sci-fi adventure series, Space: 1999. In Set 3, the reluctant space travelers - trapped on Earth's moon when it blasted out of orbit - come face to face with adventure on a grand scale. Included in this set is War Games, the most expensive and elaborate episode produced for the first season.

Witness the grandeur of Space: 1999 now as never before! All episodes are digitally remastered for a superior DVD presentation from the original 35mm elements and are presented complete and UNCUT - with as much as 12 minutes of additional footage not seen in areas of the U.S. during original broadcast release! Combining storylines both adventurous and cerebral Space: 1999 has claimed a worldwide following finding a life beyond its titled date, securing its place in the 21st century and beyond.

Arra Queen holds the solution to the moon's imminent collision with the giant planet Astheria.

The Alphans receive a transmission from a planet encased in ice: two voices - one bearing an invitation, the other a dire warning to stay away.

The Alphans encounter a primitive race of cave dwellers caught in a pre-historic existence.

After freeing a humanoid alien locked within an asteroid, Koenig and Alpha are offered the gift of eternal life - but at what cost?

The moon's uncharted journey takes it between the two warring planets and the ultimate battle of the sexes.