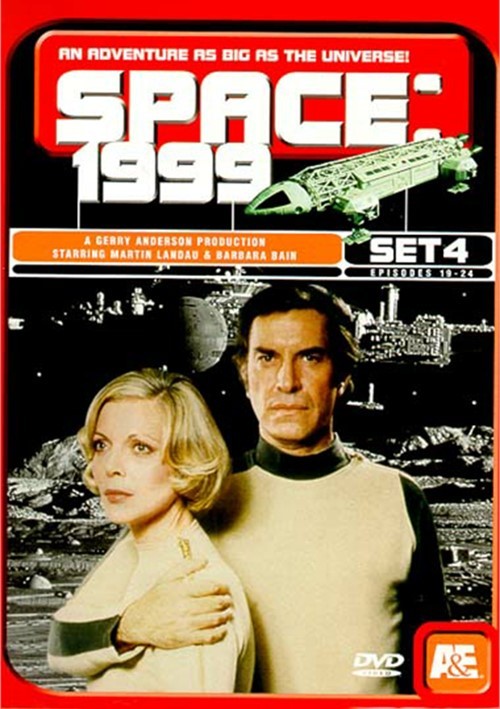 A&E Home Video proudly presents more episodes of Gerry & Sylvia Anderson's seminal 1970's sci-fi adventure series, Space: 1999. Here in Set 4, the journeying Earthmen on Moonbase Alpha encounter the supernatural, the unfathomable and mystic. These are the final episodes of the first season, culminating in the climatic Testament of Arkadia - arguably the best episode of the entire series.

Witness the grandeur of Space: 1999 now as never before! All episodes are digitally remastered for a superior DVD presentation from the original 35mm elements and are presented complete and UNCUT - with as much as 12 minutes of additional footage not seen in areas of the U.S. during original broadcast release!

A supernatural presence stalks the base, claiming victims. Exorcism? Yes, even in space evil must be cast out.

A living entity the size of a star system sends hieroglyphic messages to Moonbase Alpha to avert disaster.

A tyrannical machine known as Gwent seeks to replace its living Companion - who on Moonbase Alpha will be chosen?

A nightmarish secret is uncovered on a 100 square mile spacecraft when Koening and a landing party answer an emergency call for aid.

On an earlier, ill-fated mission, Tony Cellini survived a confrontation with an unspeakable creature. Now it returns to claim its victim.

A secret kept silent by the universe is revealed in this last episode of the first season.