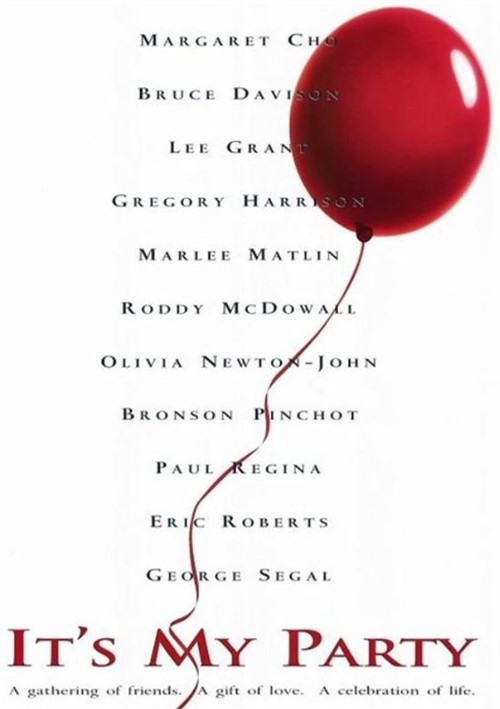 Nick (Eric Roberts), a gay, HIV-positive architect, begins to display severe symptoms of AIDS and makes preparations to kill himself before he is unable to function normally. He arranges a party to reconnect and say goodbye to his closest friends and his confused parents. But when his ex-partner, Brandon (Gregory Harrison), a television director who left Nick when he was diagnosed with HIV, shows up, what was supposed to be a celebratory event becomes much more difficult for everyone. Margaret Cho, Lee Grant, Bruce Davison, Olivia Newton-John, George Segal, Marlee Matlin, Bronson Pinchot, Roddy McDowall, Sally Kellerman and more co-star in this star-studded tear-jerker - a gay cinema classic originally released in 1996 and finally available now on DVD and Blu-ray.

Review "It's My Party"

Reviews for "It's My Party"