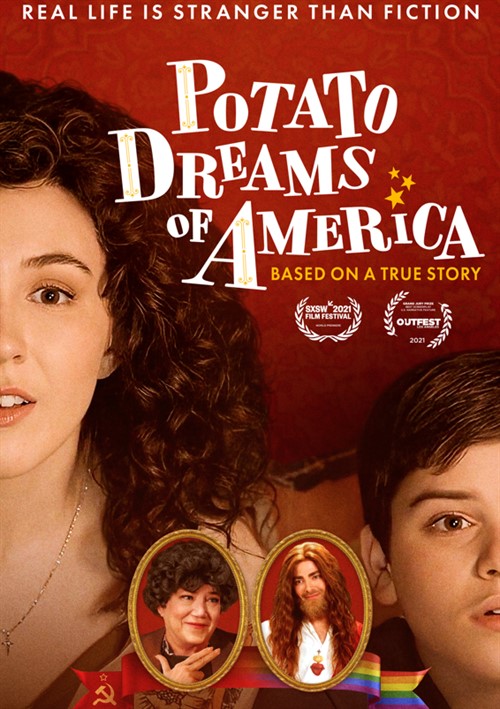 Obsessed with old Hollywood movies and concerned for her son's future in the USSR of the 1980s, Lena becomes a mail-order bride and moves to the United States. Though she hopes to give her son, Potato, a better life, things veer off course when his burgeoning sexuality and love of New Queer Cinema clash with his new father's political and religious points of view. Stylized and deliciously campy, Potato Dreams of America conjures a portrayal of the American dream that is as hopeful and hilarious as it is dizzying. Featuring a star-studded LGBTQ+ cast including Lea DeLaria and Jonathan Bennett, writer/director Wes Hurley's autobiographical crowd-pleaser is sure to spark whimsical wonder.

Reviews for "Potato Dreams of America"