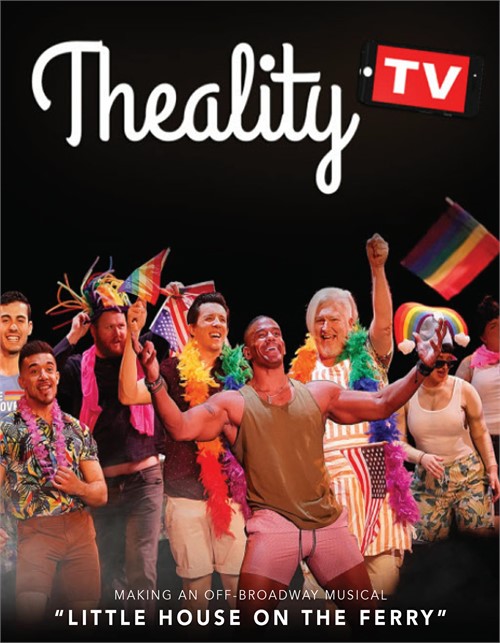 Theality TV is a new 10-episode comedy series that follows the making of an Off-Broadway musical. Robert Gould's dream is to see his show, Little House on the Ferry, produced. Set on Fire Island, the musical tells the story of a love triangle that plays out just as marriage equality is passed in New York. Robert is given just one month and $10,000 to create a backer's audition to fund his dream project. With such limited resources, it's going to take everything he's got to bring his vision to the stage. Hosted by iconic former Village Voice critic Michael Musto, this show takes you behind-the-scenes to capture all of the frantic action - from the casting process, through the rowdy rehearsals and all the way to the wrap show. You'll also get the see the musical in full, along with 16 awesome original songs.