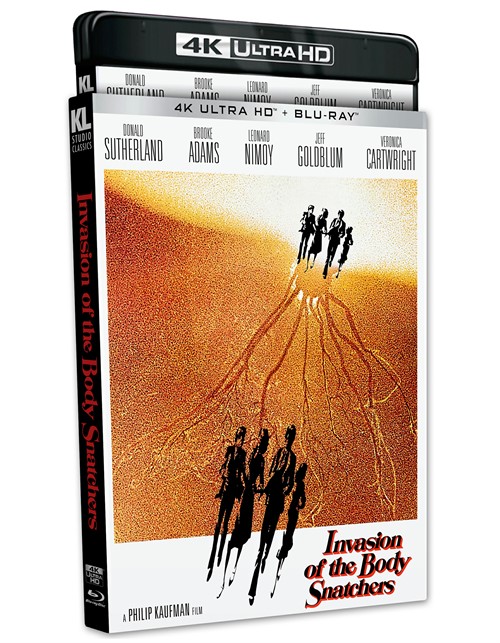 From acclaimed filmmaker Philip Kaufman (The Wanderers) comes this chilling 70s adaptation of Jack Finneys classic novel The Body Snatchers. Filmy spores fall from space over San Francisco, and the city blossoms with beautiful new flora. People take the flowers home and, as they sl--p, the plants creep over them, devouring their bodies and stealing their identitiestheir emotions, their uniqueness, their souls. If you notice an eerie change in someone very close to you, chances are youre next! More than just a highly effective sci-fi thriller, Invasion of the Body Snatchers treats contemporary problems of urban paranoia and loss of individuality with intelligence and sensitivity... and ends with the single most horrifying frame in movies. Featuring a brilliant screenplay by W.D. Richter (Big Trouble in Little China), gritty camerawork by Michael Chapman (Raging Bull) and awe-inspiring special effects, Invasion of the Body Snatchers is a pulse-pounding shocker with wonderful performances by Donald Sutherland (The Puppet Masters), Brooke Adams (The Dead Zone), Leonard Nimoy (Star Trek II: The Wrath of Khan), Jeff Goldblum (The Fly) and Veronica Cartwright (Alien).

Star-Crossed in the Invasion: Interview with Actress Brooke Adams (9:06)

Re-Visitors from Outer Space, or How I Learned to Stop Worrying and Love the Pod - Featurette (16:14)

The Man Behind the Scream: The Sound Effects Pod - Featurette (12:47)

The Invasion Will Be Televised: The Cinematography Pod featurette (5:24)